This is an unusual time of year to discuss the state of higher education in America. After all, May is usually the end of the academic year for most universities. The senior classes at most have already received their sheepskins and incoming freshman won’t arrive on campus until August. We’re well into June and most folks thoughts are on summertime fun.

But as with everything in this topsy-turvy year, higher education is taking up space on the front pages of major newspapers. There are two reasons for this. The first is that federal student loan interest rates are set to double in July, a situation that will make the already insane tuition costs even more unbearable for many. The second is the re-emergence of Peter Thiel, the founder of PayPal and his entrepreneur initiative. The first has, as with everything this election cycle, devolved into a partisan fight. Not a fight over the idea of maintaining the current interest rate – both Republicans and Democrats agree they should – but a fight over how to pay for the increased subsidy. (As usual, Democrats want to raise taxes on the upper middle class, while the Republicans want to gut a Democrat sacred cow). The second highlights a more critical discussion and the one I want to focus on here: how much is a college degree worth? 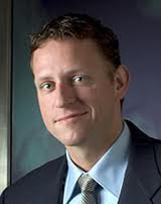 For those of you who aren’t familiar with Peter Thiel, he is undeniably one of the world’s brightest individuals, something of a Libertarian lighting rod and as an immigrant, the prototypical American success story. He became something of a Web 2.0 wiz kid, when he co-founded PayPal in 1999 with Elon Musk and Max Levchin. He then founded Clarium Capital and created the Founder’s Fund in 2005. Among his noteworthy achievements, he is a chess grand master. He provided early funding for Facebook and still sits on the Board of Directors. (That initial $500,000 investment is now worth an estimated $9.2 billion, based on yesterday’s market close). Thiel also foresaw the financial crash of 2008 as early as 2004, when he correctly noted that the dot-com bubble of the late 1990’s had simply transferred to real estate.

The reason Thiel is a controversial figure in higher education is his creation of the Thiel Fellowship, whose sole purpose is to find students with great product and/or business ideas, have them drop out of school, and award them with $100,000 grants to launch their businesses. Additionally, business and engineering leaders mentor Thiel Fellows. The goal is to bypass college entirely and get right to work.

Why would Thiel, who holds BACP and JD degree from Stanford, work on a project that is popularly seen as undercutting the value of higher education? Simply put, he doesn’t believe that the way the college experience is currently constructed holds real value for most students.

And it’s easy to understand why. Stop to consider my home state’s primary public university, Rutgers. Students in the 2017 class can expect to pay about $96,000 for their four years – provided they’re a New Jersey resident (that cost balloons to $154,000 for out-of-state students). A New Jersey student from a median income family can fully expect to have to pay $84,000 after state and federal grants. Assuming they don’t receive any scholarships, that hefty price tag will come primarily from loans. This is just an illustration, of course. There are other fine universities that carry lower tuitions and fees, but the point remains: why so much? Well, the answer is actually simpler than the very public teeth gnashing might lead you to believe. Nationwide, tuition is about 300% what it was 30 years ago. Over that same time, student enrollment rose 315%. This is simple supply-and-demand economics. There hasn’t been a commensurate increase in the number of colleges and you have more students competing for the same amount of resources. Everything else (capital improvements, staff, etc.) stems from that simple fact.

But has the intrinsic value of a Bachelor’s degree risen by a similar value over that time? Probably not. You can make several solid arguments that if anything, the value of a Bachelor’s degree is less than it was when I graduated in 1989. First, there’s the sheer number of college graduates now in the work force. In 1992, BLS estimated there were 27 million college graduates, comprising about 25% of the work force. (See chart to the left).By 2009, that number reached 44 million, comprising 36% of the work force. And for our 2017 graduate, those figures are estimated to be 58 million and 45%. Where once a Bachelor’s degree separated you from the rest of your age group (and therefore put you near the head of the pack for advancement, promotion and salary), by 2009 there were more people sporting a Bachelor’s degree than people with only a high school diploma in the workforce. The BA or BS after your name has become what the high school diploma was a generation ago: a sign of basic academic achievement.

Then there’s the question of what a student learns during their course of study. Certainly, some practical workplace knowledge is gained, but most work skills are acquired as a result of internships and part-time employment. Quite a few students graduate without even the rudimentary skills required – a fact that many hiring managers are well aware of. I have a humorous anecdote that highlights the point: in 2007, I started a paid internship program at a company I ran. One of the interns was a very bright and driven kid attending one of the better business schools in New York. After he graduated in 2008, I offered him a full time position as an assistant site manager at our premier location. I was assisting during one particularly hectic event and asked him to create a pivot table in Excel. After what must have been 15 of the most frustrating minutes in his young life, he looked at me (nearly crying) and admitted he had never learned how to create one. As it turned out, he was an honors graduate who was horribly unprepared to work in his chosen field of study (Business Management). A short while later, he left both the company and the business world behind and decided to follow a vocation more to his liking (Entertainment). I doubt that young man today would say the money he spent on his degree was worth it.

There’s also the question of how much a degree actually prepares you for the life-long learning required in today’s economy. The courses I studied as a young electrical engineering major seem almost quaint by today’s needs. Hardware has changed and so has the software that drives every gadget in our possession. I received a well-grounded (pun intended) theory of how electricity works, but as for specific knowledge related to my field now – that part of my education is useless. The computer languages I use on a daily basis didn’t exist in 1988. The circuits I work with involve components that weren’t dreamt of then – and the gadgets of today do things that could only be found in episodes of Star Trek. The study habits I use to learn these new technologies aren’t the result of a well-honed college experience, otherwise my house would be littered with half-eaten pizzas and empty beer cans. I’ve probably made more use of several of the liberal arts courses I was required to take over the past decade than the ones directly related to my degree.

So, if Peter Thiel is right, what then is the alternative? We’ll look at that tomorrow.