What To Do About Obama? 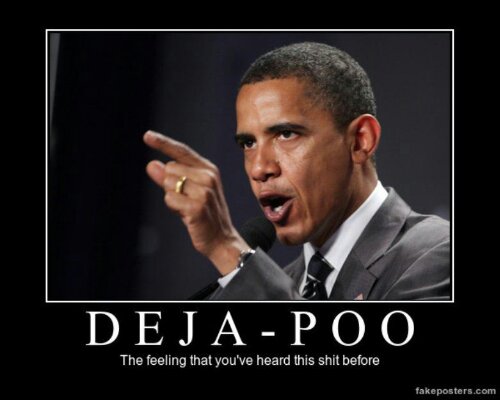 Within 16 hours of my writing this, it seems certain the Grand Exalted Emperor of North America, Barack Hussein Obama, will have used his pen-and-phone strategy to effectively legalize some 5 million illegal immigrants. The hand wringing in the countryside is palpable. What do we do with this guy?

I propose the answer is actually simple. Ignore him. Much like the adolescent throwing temper tantrums because he doesn’t get his way, what we’re witnessing today from the Great One is a spoiled brat getting his comeuppance. And as any parent will you, the most effective way to deal with a brat is to ignore him. Don’t punish him. Don’t spank him. Just…ignore him. It is the absolute thing a self-centered, pompous ass cannot stand.

As to ignoring him, that’s far easier than one might think. His party has been relegated to a bunch of political back benchers, unable to advance an agenda and much less devote energy to defending a President many dislike. When he takes to the bully pulpit, his speeches are already met with a cross of derision and disbelief. The rest of the world looks upon Team Obama with, at best, patronizing disregard.

Obama isn’t completely toothless, of course. He can convince the Iranians to go ahead and build nukes, plunging what’s left of Mideast stability down the toilet. He can sic the machinery of government on his domestic enemies – something he’s already done with seeming glee. Worst of all, he can rely on his sycophants in the MSM to provide him with more face time than he deserves.

But still, when even the pols in your party are doing their best to already ignore you in the quest to coronate Hillary, you’re already borderline irrelevant. Oh, and checking back to the beginning: go ahead and announce you won’t deport those 5 million illegals. We already know the reality was you were never going to deport them anyway. The only person you’ve fooled is the guy starting back at you in the mirror.

This entry was posted on November 20, 2014 by Ray Rothfeldt. It was filed under Civics 101, Politics and was tagged with Amnesty, Barack Obama, Executive Orders.