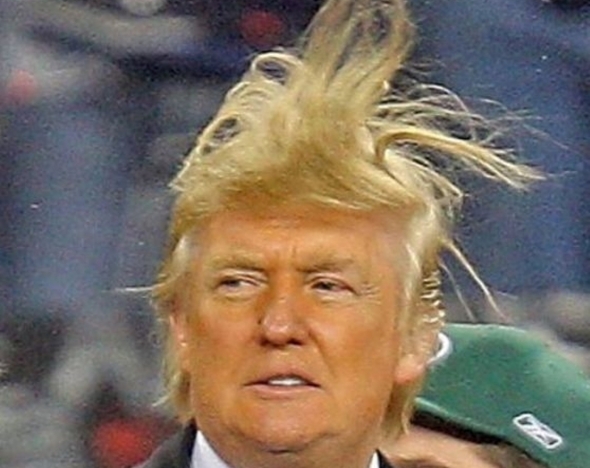 This was the BEST the GOP could do?

Good Morning! In just 16 short days, our long national nightmare, almost two years in the making, will be over.

And when we wake up on November 9, Hillary Clinton will be the President-Elect of the United States of America.

I don’t say this with any glee, but more a sense of resignation. While many will blame Donald Trump or the GOP establishment for an outcome that seemed impossible 24 months ago, they worked hand in glove to bring it about. The political bosses, in a series of unnerving and politically driven moves, made three crucial decisions that paved the way for Trump to sap the energy out of the conservative wing.

First, they insisted on open primaries – a system that allowed anyone, regardless of primary affiliation, to decide the Republican nominee. It’s akin to the membership of the American Legion allowing Code Pink to select their chairman. It’s Ford letting GM pick their board. It’s insanity, is what it turned out to be. Yes, almost 32 million people voted in this year’s Republican primaries – but less than 69% of them were registered as Republicans prior to this year. Nearly 1/3 of the “Republican” electorate wasn’t Republican.

Second, they let anyone and everyone run for the GOP nomination. As a result, what should have been the strongest field of conservative candidates in a generation became diluted to the point of irrelevancy. Centrist champions? There was Bush, and Kasich, and Fiorina, and… you get the point. The same for conservatives, for the religious right, for the libertarian wing, for the neocons, and on and on and on. When the starting gun sounded, there were 22 people announced as running for the Republican nomination for President of the United States. The RNC, for reasons known only to Reince Priebus, treated them all as if they were equal of stature, of seriousness and ability to win. Overconfident? Drunk? Who knows? But when you insist that Rick Santorum be given as much gravitas as Jeb Bush, what you get is Donald Trump. Because it became nothing more than a popularity contest, and not a contest of ideas, this primary season naturally wound up favoring the reality TV star who’s spent 40 years crafting a popular image.

Third are the convoluted rules about delegate apportionment. The front-loading of “winner take all” state primaries meant that despite no candidate gaining 50% of the vote in any of the first 15 primaries, Trump had an overwhelming delegate lead. He eventually won the nomination with support of only 38% of the vote. If you really want to get into the weeds on this point, Donald J. Trump won the Republican nomination with only around 8.5 million Republican votes – the rest of his margin came from those non-Republicans the RNC allowed to vote in their primaries. When you wrap your head around that fact, you realize that he’s actually done a pretty good job of parlaying today’s polarized partisans into his roughly 2/3 support among Republican voters in the general electorate.

And so here we are, 16 days from President-Elect Clinton and the Republican Party has nobody to blame but themselves. It isn’t that Hillary Clinton became a better candidate as this election season wore on. If anything, the questions regarding her use of a private email setup for official business, the general shadiness of the Clinton Foundation and still unanswered questions about her role in the Benghazi disaster should have sunk her campaign. But the RNC threw in with the only politician in America more disliked and distrusted than Mrs. Clinton. Those of us who have been #NeverTrump since the beginning warned the rest of the party that Trump would be easy pickings for the Clinton political machine. That we’ve been proven correct doesn’t do us any good, unless the party recognizes the mistakes it’s made and works to rectify them.

At this point, that Donald J. Trump is going to lose, and lose badly, is not in question. (Well, not in question, except among his most vitriolic supporters, the ones who have forgone reason in the quixotic quest to “blow it up”). The only question is how badly the worst GOP nominee in  over 100 years is going to harm the Republican brand. The Presidency is gone. The Senate is most likely gone, as well. Kelly Ayotte in New Hampshire and Ron Johnson in Wisconsin are dead people walking. That means the Democrats only need to pick off two more seats to gain control, and they’re likely to grab at least three others (Indiana, Illinois and Colorado), as well as hang on to the retiring Harry Reid’s seat in Nevada. Should Trump continue his freefall, his coattails could well spell doom for the GOP held seats in North Carolina, Pennsylvania and Florida, too.

For all the talk about how Hillary Clinton needs to be stopped, if for no other reason than to prevent her ramming through thoroughly liberal Supreme Court justices, the RNC has shot itself in the foot. It hitched a ride with Trump and is likely to lose the only vehicle available for forcing at least a compromise on that front. And yes, it is a serious threat to the very nature of the Constitution. In the last debate, Mrs. Clinton avowed her preference for justices who will do many, many unconstitutional things from the bench. Side with the people? What? The entire reason the court exists in the form the founders created was so that they could deliver unpopular opinions without fear of recrimination. This is not to say it is a perfect system or that the court hasn’t a history of overstepping its bounds (Dred Scott, anyone?). But I cannot recall a President, at any time, essentially telling the American public that the court should ignore the Constitution when ruling on the Constitutionality of a statute. Also, Mrs. Clinton’s propensity for feint-and-maneuver was on display during her Heller answer. I had to go back and re-read the case just to be certain, but the case never referenced murderous toddlers. It was wholly about whether a jurisdiction (in this case, the District of Columbia) could ban an entire class of firearm (handguns).

Again, a real conservative would have pounced all over that particular gaffe. But the RNC’s Golden Man-Child, who until last year was a proud contributor to Michael Bloomberg’s anti-gun crusade, couldn’t even muster one of his trademark “WRONG” outbursts.

This is the reality that Priebus and his ilk have foisted upon the nation. We will have at least four years of a Hillary Clinton presidency. At least the first two of them will include her party controlling the Senate. There is a very real possibility that the Trumpster doesn’t go quietly in the night, continues to rail against the Republican party and conservative movement, giving Hillary the latter half of her term with full control of Congress and the Supreme Court.

There’s also another reality that Mrs. Clinton’s party and the national media are already attempting to ignore. In no way, despite the severe drubbing Republicans are facing, should anyone assume this indicates any sort of mandate for leftist policies. Yes, Trump is likely to lose by well over 150 electoral votes. Yes, for the first time in generations, Texas, Georgia, Utah and Arizona are toss-ups. But that is not an acceptance of the socialist dreams co-opted by Mrs. Clinton’s campaign. Rather, it is a repudiation of all things Trump and Trumpism. The Clinton machine would do well to remember Hillary will begin her tenure with the lowest approval ratings of any President in history. If her goal truly  is to unify the nation, she’ll need to find areas of agreement between the GOP House and Democrat Senate. I have my doubts, as Clintonism is about partisanship first, country second. I fully expect her to attempt to ram through her personal goals of HillaryCare, tax increases and gun control measures in her first 100 days – and a nation more antagonized and polarized than even now.

That’s reality, folks. And you can thank the spineless idiots in the RNC and their equally hopeless candidate for making it so.

This entry was posted on October 22, 2016 by Ray Rothfeldt. It was filed under Politics and was tagged with Donald Trump, Election 2016, Hillary Clinton.