Tuesday, I patched holes in walls. I replaced some broken and chipped moldings.
I also voted.

Tuesday night, I watched election returns. I was pretty disappointed in the performance of my fellow citizens in Pennsylvania, How could they possibly vote against their best interests and return that many big government types to office? I was pretty happy with my fellow citizens in other places, though. They were smart enough to realize the Andrew Gillum, Stacy Abrams and “Beto” O’Rourke’s of the world can’t possibly deliver all those goodies without crashing the goody cart. When my local US Representative was declared the winner at 11:30 (praise be to God we’re the one district in this state that kept our sanity!) I went to sleep.

Yesterday, I woke, put on the coffee (I’m always up before the missus), helped my nephew get ready for school, ate breakfast, checked the weather (no rain, FINALLY!), didn’t shave…

Look, the point of all this is simply to say that anyone who reads this blog or follows me on social media knows I follow politics intensely. You know I love a good argument on applied governance, on Constitutional principles, on budgets, on policy. I can go on for thousands of words about the finer points of repealing the 16th and 17th Amendments.

But like most Americans, I have a real life outside these digital dots and dashes, with real people that I care about and who care about me. The entire point of my political life is about securing a better life in the United States, not only for myself but more importantly, for them. Politics is simply one aspect of (what I hope, anyway) is a wide and varied real-world life. Among my fellow conservatives, this seems to be our understanding of how the real world works. You work, you raise your family, you hang out with your friends, you dabble in politics and such as needed to let you keep doing the first three.

This is why we are bemused and confused when we see the mobs of left cultists rioting over an election result. Or rioting because there isn’t an election yet. Or just rioting over politics generally.

Elections happen annually. Sometimes, even more frequently if you’re unlucky enough to live somewhere the locals deem it that way. So that means every year you get to go vote. In our system, we vote for people who do the daily voting for us. Sometimes, the person who gets chosen is the person you wanted. Sometimes it isn’t. But the entire idea, our entire society, is built on the idea that everyone accepts that person until their term is over (or they turn out to be so corrupt they get arrested *ahem New Jersey ahem*).

Left cultists don’t seem to get this concept. Maybe it’s because we stopped teaching civics in school. Maybe it’s because, as parents, we were too lenient on Not My Johnny. Maybe it’s because they’re mentally more susceptible to believing fantasies. I was talking with a friend the other day, a pretty astute guy for a Marine, who mentioned he thinks this is all from technology. When I quizzed him as to why, he said the very tools that make interacting easier, are also the tools that make expansive government less necessary than not that long ago, and the left cultists have bought into the idea of the nanny state. I’m not sure, but there’s a kernel of an idea in there.

I’ll have to explore it later. For now, it’s time to put the coffee on and start getting ready for my day. Moving furniture is probably one of my least favorite tasks. 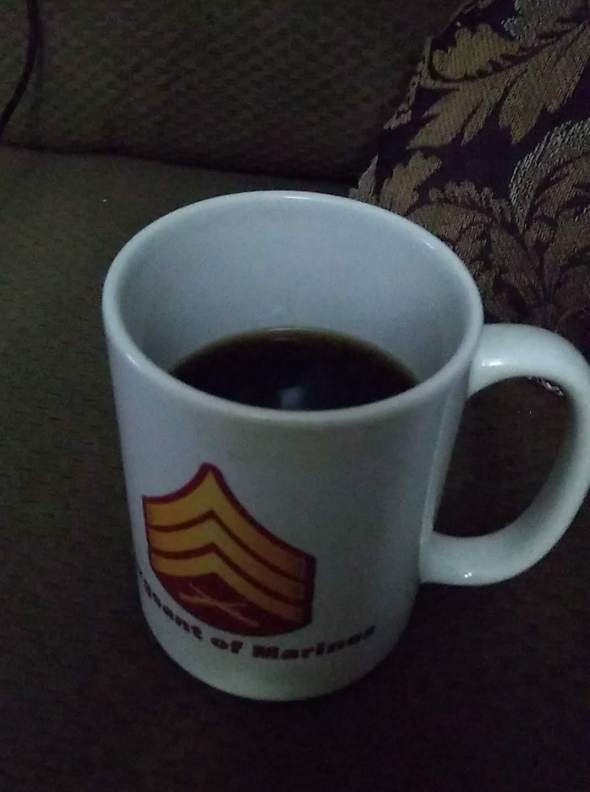 This entry was posted on November 8, 2018 by Ray Rothfeldt. It was filed under Life in General, Politics and was tagged with Mobs, Real Life, Riots.