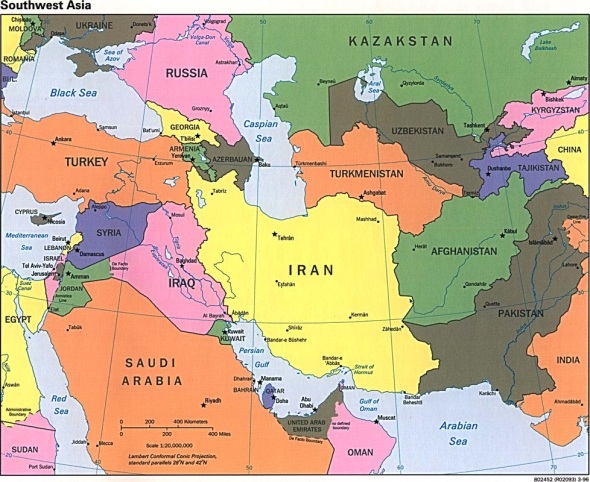 Like most of you, I watched President Trump’s speech last night with great interest. Of far more interest to me than any possible deployments was that this was billed as the President’s strategy for Afghanistan and Southwest Asia. Potential deployments are important, of course – but understanding why those deployments are happening and what the objective is, is far more important.

First of all, I have to give the President kudo’s for not pretending we’re withdrawing, as his predecessor did on multiple occasions. Likewise, I have to give him props for understanding that no military campaign can be run on a clock. It’s over when the objectives have been met, whether that’s tomorrow or 10 years from now. And I respect that finally we have a Commander-in-Chief who understands that battlefield commanders should be the guys calling the shots, carrying out missions created by folks who understand military strategy (such as General Mattis). Politicians understand political strategy, but generally they’re lousy at real battle plans. The last guy who sat behind the Resolute Desk proved that, over and over again.

But as far as the actual strategy we’re pursuing, I don’t actually see anything different than what we have been doing for the past 8 years. Trying to train up the local armed forces to defend their country from insurgents and rebels? Check. Pressuring the Afghan government to step up operations in the troubled provinces? Check. Pressuring the Pakistani’s to stop Afghan insurgents from using their territory as safe havens and travel routes? Check. We’ve been doing those things and none have worked. We train the Afghan army, but they can’t even recruit properly – and our advisors get shot on their bases. We threaten to withhold funding for the civilian Afghan government, but in addition to being more corrupt than an eastern European smuggler, they know it’s only threats. We aren’t about to financially cut them off at this point, because doing so would mean leaving our soldiers behind as hostages. As for Pakistan, we’ve actually withheld both military and civilian funding, with no effect.

The only new wrinkle was trying to draw India into the conflict. The President must have started drinking if he thinks this is going to work. India has nothing to gain – and everything to lose by meddling in this conflict. India’s biggest rivals are China and Pakistan. As long as Pakistan has to keep forces along the Afghan border and internally has to deal with the Haqqani and Pashtun populations, it’s less force India needs to worry about on their shared border. Quite frankly, given the rise of Prime Minister Modi’s Hindu-nationalist coalition, India has no problem with Pakistan dissolving into chaos. They would welcome it.

As for Pakistan itself, the President is fooling himself if he thinks that nation truly has a strong central government. They have a strongman as Prime Minister, but as with his predecessors, he is far more concerned with India to his southeast than ethnic Pashtuns in the north. Everyone who has ruled the territory that comprises modern-day Pakistan has had to deal with the Pashtun, from Alexander the Great through Genghis Khan, various Indo-Turk rulers, the British Empire to the 21st Century. In those 24 centuries, most ruled by benign indifference, as the exertion required to bring the region to heel would cost more in blood and treasure than the effort is worth. The same holds true for today.

The President’s yardstick for success – “a lasting political solution among the Afghan people” – is little more than a pipedream. As mentioned above, the central Afghan government is incredibly corrupt, but that’s only part of the problem. Afghanistan is dominated by dozens of tribes, each with a stake in maintaining their individual fiefdoms. Not only are there the tribal considerations, but there are some serious ethnic divisions – it’s generally accepted that there are at least 14 different ethnicities within Afghanistan’s borders, and they don’t all play nice together.

Finally, there is a serious gap in the strategy the President laid out last night. He failed to mention the other nations that border Afghanistan, namely Iran, Turkmenistan, Tajikistan and Uzbekistan. For instance, Turkmenistan has a large, ethnic Turkem population, as does Afghanistan. Tajikistan has an area controlled by ethnic Pashtuns. Iran still considers the territory centered on the city of Herat to be theirs, since it’s ethnically Persian. Nor did he mention how Russia and China, who are both major players in the region, would have their considerations addressed.

In short, what I heard was the President basically saying we’re in Afghanistan until the conditions that led to the region becoming a home for terrorists and insurgents are rectified. He may not want to call it nation building, but essentially that’s what he’s committed us to doing. It’s the overarching strategy we’ve tried for the last 16 years without success. With all of the loose ends that aren’t even acknowledged under his version, I can’t see how it will be successful now. 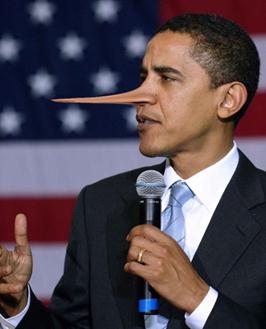 Last night President Obama delivered his constitutionally-mandated State of the Union address. It was, of course, little more than the official start of his re-election campaign. Still, the 65 minutes he spent in the House well delivered more than a few interesting tidbits. I thought we could have some fun digging into the speech‘s rhetoric and laying bare the facts.

This is the third SOTU address in which he floated the idea of ending oil subsidies. It’s also going to be the third time this falls on deaf ears. He couldn’t get this passed in 2009, when his party controlled the House and had a filibuster-proof majority in the Senate – and that was with a specific legislation calling for $36.5 billion in energy taxes over ten years. The administration never followed up a similar proposal in last year’s SOTU with draft legislation. It seems equally doubtful that a candidate who received nearly $3 million in campaign donations from the oil industry (thus far) is in any rush to see this put into law. Further, we’ve seen the results of the investment in “green energy” companies like Solyndra. In blackjack, that’s the equivalent of “doubling-down” on a 9 when the dealer is showing an ace.

Obama: “Our health care law relies on a reformed private market, not a government program.”

Perhaps the President needs to go back and re-read that health care law. First of all, the reform relies primarily on an individual mandate, enforced through the IRS. If that enforcement doesn’t qualify as the biggest government program in history, then obviously I’m not as good a student of our nation’s history as I thought. And there are other, already existing programs that will be greatly expanded should the Supreme Court not throw the whole thing out this summer. For instance, Medicaid grows to cover anyone up to 138% of the official poverty line, which the CBO scored as requiring a funding increase of $434 billion per year. In and of itself, that would make Medicaid the single largest line item in the federal budget – and most state budgets, too.

Obama: “Take the money we’re no longer spending at war, use half of it to pay down our debt, and use the rest to do some nation-building right here at home.”

This is a wonderful assertion, except that it ignores the reality of the federal budget. The Iraq campaign was financed entirely on debt. Ending that war doesn’t actually result in any savings, except in the strange and convoluted world of Washington finance. It just means we’re able to borrow less money and keep everything else funded at the same levels. Of course, the President largely ignored the problem of the federal debt, so I suppose he thinks keeping deficits at staggeringly high levels in order to score a few rhetorical points is money well spent.

Obama: “Through the power of our diplomacy a world that was once divided about how to deal with Iran’s nuclear program now stands as one.”

I’m not sure which world he meant by this, but it obviously wasn’t this one. Yes, the European Union seems likely to join the US in applying stringent sanctions. But Russia and China have no intention of doing so, and both countries used their veto power in the UN to prevent that body from enforcing them. Besides, the sanctions will have limited effect on the Iranian economy, since the Iranians switched from accepting dollars and euros to rials or rubles. Just for good measure, Israel seems hell-bent on taking unilateral military action if they deem it necessary. It’s hardly the unified front the President presented.

Obama: “The Taliban’s momentum has been broken, and some troops in Afghanistan have begun to come home.”

Apparently, the President failed to read his latest NIE. In that document, the Taliban is expected to gain strength by using the ongoing talks to re-establish their legitimacy in the Afghani countryside while stalling until we pull out. This assertion is as hollow as LBJ’s that “the Government of South Vietnam has grown steadily stronger.” Of course, we all know well that turned out.

An overarching theme last night was the idea of economic “fairness.” As described by Mr. Obama, fairness is “an economy where everyone gets a fair shot, everyone does their fair share, and everyone plays by the same set of rules.” Yet, at no point did he actually outline how to make that a possibility. He suggested that millionaires aren’t paying their fair share of income taxes – yet according to the IRS the effective rate for those people is 26.5%. Only 10% of people making under $100,000 per year are paying a higher effective rate – and less than 5% of millionaires pay a lower rate. Thanks to that disparity, millionaires accounted for 36.5% of the federal government’s income. Unfair? You bet it is – but I doubt asking the 47% of Americans whose effective tax rate is negative to pony up is what the President had in mind when talking about “fairness.”

Finally, one thing was ominously missing from the speech: any discussion of individual freedom and liberty. The entire speech was a discussion of increasing the role and prominence of the federal government in our lives. “With or without this Congress, I will keep taking actions that help the economy grow,” declared the Mr. Obama. Quite frankly, I can’t think of a scarier statement by any President in our recent history. Putting aside the obvious constitutional questions raised by a President acting unilaterally, consider that some 13 million more Americans are looking for work since he assumed office and real GDP growth (accounting for inflation) is -7.3% over the same period, I don’t want this President touching the economy. Especially when he has demonstrated an incredible desire to amass power in the West Wing and during an election year.