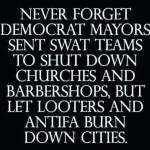 This was written by someone else, who’s been gracious enough to allow me to post it here. I might not have written it, but the thoughts mirror mine and possibly yours. Leave your feedback in the comments.

Imagine a Roman of the 2nd century contemplating an empire that stretched from Britain to the Near East, thinking: This will endure forever…. Forever was about 500 years, give or take.

France was pivotal in the 17th and 18th centuries; now the land of Charles Martel is on its way to becoming part of the Muslim ummah. In the 19th and early 20th centuries, the sun never set on the British empire; now Albion exists in perpetual twilight. Its 96-year-old sovereign is a fitting symbol for a nation in terminal decline. In the 1980s, Japan seemed poised to buy the world. Business schools taught Japanese management techniques. Today, its birth rate is so low and its population aging so rapidly that an industry has sprung up to remove the remains of elderly Japanese who die alone.

We’ve gone from a republican government guided by a constitution to a regime of revolving elites. We have less freedom with each passing year. Like a signpost to the coming reign of terror, the cancel culture is everywhere. We’ve traded the American Revolution for the Cultural Revolution. The pathetic creature in the White House is an empty vessel filled by his handlers.

When we were young and vigorous, our leader was too. Now a feeble nation is led by the oldest man to ever serve in the presidency. We can’t defend our borders, our history (including monuments to past greatness) or our streets. Our cities have become anarchist playgrounds. We are a nation of dependents, mendicants, and misplaced charity.

Homeless veterans camp in the streets while illegal aliens are put up in hotels.

The president of the United States can’t even quote the beginning of the Declaration of Independence (‘You know – The Thing’) correctly.

We slaughter the unborn in the name of freedom, while our birth rate dips lower year by year.

People who fight racism by seeking to convince members of one race that they’re inherently evil, and others that they are perpetual victims. A psychiatrist lecturing at Yale said she fantasizes about “unloading a revolver into the head of any white person.”

Our ‘entertainment’ is sadistic, nihilistic, and as enduring as a candy bar wrapper thrown in the trash. Our music is noise that spans the spectrum from annoying to repulsive.

Our culture is certifiably insane!

Our national debt is so high that we can no longer even pretend that we will repay it one day. It’s a $31-trillion monument to our improvidence and refusal to confront reality.

A man in blue gets less respect than a man in a dress.
We’re asking soldiers to fight for a nation our leaders no longer believe in.
How meekly most of us submitted to Fauci-ism (the regime of face masks, lockdowns, and hand sanitizers) shows the impending death of the American spirit.

This is the nation that took in my immigrant great grandparents, whose uniform my Grandpa, my father and most of my uncles wore in the
Navy & Military.

During Britain’s darkest hour, when its professional army was trapped at Dunkirk and a German invasion seemed imminent, Churchill reminded his countrymen, “Nations that go down fighting rise again, and those that surrender tamely are finished.” The same might be said of causes. If we let America slip through our fingers if we lose without a fight, what will posterity say of us? While the prognosis is far from good, only God knows if America’s day in the sun is over.

I don’t want to imagine a world without America, even though it becomes increasingly likely.

I believe that we in America are at the moment in time to stand up, or let it fall! We now may soon be at the next step in our country’s future.

I believe that it might be closer than we think.