Restoring Trust in Our Elections 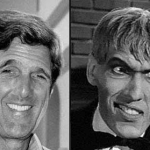 It seems you can’t pick up a newspaper (ok, I’m being quaint, but some of us do still read newspapers) or turn on your television without hearing about how our elections are under assault. If the Russians aren’t rotting our minds with memes of Hillary Clinton drunkenly gazing at balloons, the Chinese are hacking into our voter rolls. When the Chinese aren’t hacking into voter rolls, the Iranians are hacking the voting machines themselves. When the Iranians aren’t playing centrifuge subterfuge with the voting machines, the North Koreans are actually changing vote totals.

It’s a wonder a beloved TV sitcom character hasn’t been elected to Congress with all this electronic doo-dah. Oh, wait…

Okay, the security of our electronic voting systems are important. I don’t mean to belittle them. But that insecurity highlights a much bigger problem our nation faces: in a representative republic, the integrity of the electoral process cannot be open to interpretation. When it is, then the legitimacy of the election outcomes that select our representatives comes into question. No government without said legitimacy can stand for long.

It seems to me that I’m not the only one thinking the way we vote has become an absolute mess over the last twenty years. You would have thought that after the disaster of the 2000 election, the one in which “Hanging Chad” came to mean something other than executing a yuppie horse thief, we would have gotten our act together. But as the most recent election demonstrated, if anything we got worse at both voting and counting the vote. Of course, much of the coverage centered on our favorite county (Broward) in our favorite state (Florida) for electoral shenanigans. This overlooks that there were nearly four dozen House races that still weren’t called a full week after the election. It overlooks serious charges of vote tampering and fraud in California, New Jersey, Illinois, Georgia, Alaska, North Carolina, and Utah.

Since we didn’t learn from the disaster that was 2000, allow me to propose some simple changes that would be relatively simple to implement that would go a long way to ending the nonsense. Will it end voting irregularities forever? No, of course not. They are a feature of any voting system since man-made systems are imperfectible. But we can do much better than we have to date.

Look, forget all the nonsense about poor people, or black people, or Hispanic people, not being able to get a valid state ID. It’s the 21st century, for chrissakes. There is absolutely no reason an adult should not have a valid ID. I challenge you to find me a state where you can buy a beer or pack of cigarettes without a valid ID. If we demand you have a valid ID for something as mundane as getting a cold brew at a restaurant, any argument against having one for something as important as voting is ridiculous on its face. Remember this sob story? The only reason he was prevented from breaking the law was due to Tennessee’s voter ID law.

Yeah, Voter ID laws work exactly as intended. Which may be why the same crowd that is all for open borders and illegal immigrants voting in our elections are so against them.

Step 2: Get rid of early voting

It seems many of the problems we run into with counting the vote (and where some of the greatest opportunities for general screwing with the ballots) comes from the fact that in some jurisdictions, people can actually begin voting up to a month before election day. There are other reasons to get rid of early voting (seriously, who but the most partisan hack is 100% certain of who they’re going to cast their ballot for a month before election day?), but that’s another post for another day. Anyway, the nonsense we witnessed around the country last November, with ballots mysteriously materializing from car trunks and classroom closets, would immediately end simply by getting rid of early voting. I understand voting in the middle of the week is inconvenient for a great many people, but that brings me to my next suggestion, which is…

See, now nobody has the excuse they can’t get off work to go vote. Yes, the lines might be long. But if voting becomes a holiday, think about this: how long will it be before the nation’s retailer’s start offering discounts when you present that “I voted” sticker? I bet Friendly’s even starts offering a free scoop of ice cream!

Look, I don’t know who came up with this piece of insanity. I’m ambivalent about absentee ballots, to begin with (I can’t get around particularly well these days, but I still show up to vote in person), but if your state is going to allow them, shouldn’t the very least expectation be that you put the doggone thing in the mailbox yourself? I don’t know who thought the idea of letting party operatives handle them was a brilliant idea, but they need to be taken out back and put out of their misery the same way we do horses with broken legs. Heck, we’re ten weeks past the election and one district in North Carolina got so fouled up with ballot tampering as a result of this idiocy that they likely need to call a special election. Stories have come from California of voters just signing a blank ballot and handing it over to a party apparatchik. I’m 100% certain no tampering happened in those instances whatsoever, right?

I don’t know if the Russians or Iranians or little green men from Mars are trying to break into the electronic voting systems in use around the US. What I do know is there is enough distrust that those systems can be secured against sophisticated hacks (or even hacks from 300 pound couch potatoes) that we should have already stopped using them.

This is little more technical, but every bit as important as anything else. During the latest Broward “Whose Vote is It Anyway” episode, we were once again treated to election workers trying to decipher illegible ballots. Just because that wasn’t enough fun, then we heard that poll workers could, in the even a ballot was indecipherable, just fill out an alternate one. Just fill out an alternate one? Are you kidding me?

In software engineering, we use “Just-In-Time” testing to validate that our code at least has the correct syntax and spelling to not cause a digital rejection of our work when trying to make it do something. It isn’t that hard to do something similar with a paper ballot. Optical scanners, which have been around for longer than most of you who read this blog, can detect if too many circles on a line (or a row) are filled in, and if they’re filled in correctly – and check this out, they CAN EVEN COUNT THE VOTE IN REAL TIME. If your ballot is illegible, for whatever reason, the poll worker can hand you another blank, destroy the bad one and scan the corrected ballot all before you leave the voting booth! Amazing!

This won’t completely end the questions about voting. Some states will complain vociferously about Congress passing any further restrictions. I can already hear the Chamber of Commerce harping on yet another paid holiday. Democrats will kvetch about Voter ID and the loss of early voting, Republicans about JIT verification. Both will scream bloody murder over ending harvesting.

But these six steps will make our elections more secure and provide for quicker vote tabulation. They address some of the biggest questions the nation has about our elections. It puts what is the most vital process in republic back into the sunlight, restoring the trust that the process isn’t corrupted. In short, it is the first step in injecting some sanity back into our politics.