The College Conundrum: An Alternative

Yesterday, I dissected the underlying problem with higher education, as it currently exists. A college education costs far more than it is actually worth. 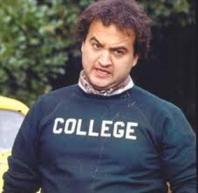 Today’s students pay far too much and receive far too little benefit to justify the expense. What’s more, in most cases they are strapping themselves with insane amounts of debt in the process. It is a debt that hampers their ability to fully function in modern society. The resulting lack of disposable income for the first decade or more after graduation results in a generation that is incapable of financially supporting themselves. If there is an economic downturn (like now), that lack of spending power means that upwards of 40% of the labor force is unable to do those things which define a middle class lifestyle: own a home, own a car, start a family. Instead of college leading to the middle class, college results in poorly educated people (who mistakenly believe they’re highly educated) reliant on the government or their extended families for support.

So, what’s the solution? We constantly hear that without college, young people have no hope of starting in a good career, that their prospects for future advancement are limited and they will be limited in their ability to fully participate in the American Dream. And so we end up focusing on ways to make college more affordable, without actually looking at the reasons for the high costs involved.

As I pointed out, the principle reason for the inflated cost of higher education boils down to the number of people enrolled. There are 3 times as many college students today as there were 30 years ago – are we really surprised that tuition and fees are also three times higher than 30 years ago? The real question is why we are funneling so many people into colleges. If it is to prepare them for post-academic life, then there can be little doubt that we’re failing in a big way.

I’ve always felt the primary purpose of education – whether primary, secondary or post-secondary – should be a dual mission: first, basic facts and skills (the “3 R’s”) and second, developing critical thinking skills. In American education, we’ve focused primary and secondary education on the former while nearly ignoring the latter. This trend is now extending into post-secondary education. A prime example is the dreaded research paper. I shudder at the memory of writing exhaustive, well-researched papers on a weekly basis while in college. The amount of time I spent developing a final paper for each class was measured in weeks, not days. Yet, today’s students often are tasked with only one paper at term’s end and drilled in preparing for weekly quizzes – an approach similar to the high school experience. The original purpose of higher education in the American system, developing one’s mind to sift through tons of data, determine which pieces are relevant and create a cohesive argument from them, is being lost. In other words, we’re graduating millions of kids prepared for an extended stay on “Jeopardy!” but not ready for the types of jobs that traditionally require a college degree.

This is also a result of herding high school students into college. I think the best way to tackle the costs associated with college stem from rethinking the way we handle primary and secondary education. Current elementary and secondary school curricula are leftovers from the days when the United States was principally an agricultural society, and recent reforms have done little to address that fundamental flaw. If anything, the recent and increasing emphasis on standardized testing and evaluation of student and teacher achievement is a step backward and fails to address the real world situations most young people face after graduating from high school. Because our education system now deemphasizes critical thinking skills in favor of rote memorization and socialization, most kids enter into adulthood knowing a set of facts that are essentially meaningless – unless preparing for life as a game show contestant.

The best course of action, I believe, is to reintroduce vocational training during high school and reemphasize critical thinking skills, beginning in primary school.

Vocational education programs, where they do exist, are often maligned, snubbed and underfunded. However, I see nothing wrong with providing basic education in critical skills developing courses (math, the sciences, history, English) while also providing 2-3 hours per day of vocational instruction to those students who prefer that track. This is a similar education structure to the German model, essentially – only instead of four tracks of study, I would streamline it to two and I wouldn’t begin the vocational track until the age of 13 or 14, not 10. Along with making vocational education an acceptable option, though, we need to reconsider the courses available. Traditional “vo-tech” professions such as auto mechanic and machinist should continue to be included, certainly. But many professions that currently require a bachelor’s degree only require it because it signifies the holder has developed basic critical thinking skills, along with the basic technical skills required. Professions like LPN or Network Engineer do not require the job holder to have in-depth conversations on the merits of St. Thomas Aquinas’ views of married clergy; there is no reason that learning how to create such a dissertation should be part of the education process to enter those fields.

As I said, the current emphasis on standardized testing results in less classroom time devoted to developing critical thinking skills. In extreme cases, it is turning our teachers into nothing more than room monitors and test graders. The practice grew from concerns that education standards in the US lagged other first-world nations in education achievement. While the goal was and remains laudable, the prescribed cure is making things worse. As a nation, we’ve fallen further behind in academic achievement. Somebody, somewhere decided that rather than measuring academic achievement in terms of how well students think, measuring how many arcane facts and figures they memorized was important. Don’t get me wrong, a basic knowledge set is important. But without the ability to turn those facts and figures into a thought, they are nothing more than bytes of data. We need to empower teachers to create thinking students and reward those students for developing their thought processes. The notion that those skills can wait until college to fully develop is proving wrong-headed.

Of course, there are challenges associated with this type of program. The biggest is probably changing the mindset we currently have regarding education. That requires buy-in from multiple stakeholders. Teachers unions, who’ve proven resistant to change in the past. School administrators, beholden as they are to current power structures. The federal government, still trying to figure out how “No Child Left Behind” left so many kids behind. Most importantly, it requires not only acceptance but a demand from parents, who likely will be confused by the changes.

The other option is to simply continue on the current course and leave another generation of kids ill-prepared for adulthood, in three phases of their development: their academic achievement, their career preparation and the amount of debt they’re saddled with before they ever earn a dime.