The Memo of Ultimate Destruction 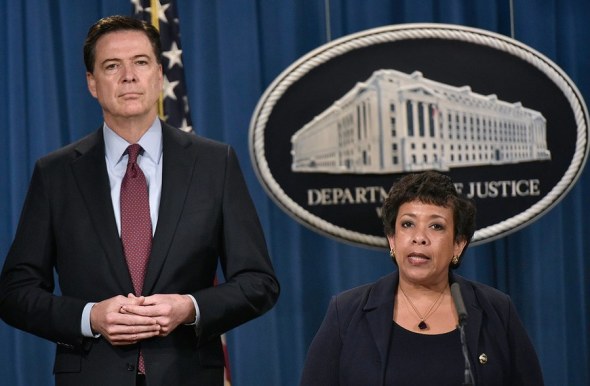 “The Memo” – that 4 page document that’s tied our overlords in Washington into knots for over a week – has finally been released! If you haven’t read it yet, I suggest you you click here and do so. Now.

Forgetting the political implications for a moment, I want to focus on the critical aspect I haven’t heard anyone mention yet: the FISA court’s existence. Think about it for a moment. None of what our nation has been subjected to over the past 20 months would have been possible, if not for a Constitutionally questionable extra-legal entity that was created for the sole purpose of allowing the federal government to spy on American citizens.

That the last administration weaponized the various enforcement arms of the federal government as a political retribution tool has never been in much doubt. That they attempted to ply their retribution campaign in the shadows is also without dispute (think of the damage a weaponized IRS did to dozens of legitimate conservative groups). That some of the leading members of that administration’s Justice Department were utilizing a secret court to engage in a political dirty tricks campaign should not surprise anyone.

We, the people, gave the government that tool 40 years ago. Just like giving a spoiled child a hammer and telling him “No!”, how can we be surprised that the government uses that tool to smash everything in it’s way?

The political fallout from this will be with us for a while, possibly years. I hope that before those ashes are done burning America takes a good, hard look at the entire FISA process and decides to kill it. Any government that aspires to egalitarian principles cannot have secret courts, cannot grant the police authority to spy on it’s citizens, can never allow political actors control over those same police. Oversight, yes – operational control, never. That is the overriding lesson we need to learn from this fiasco.

Would the Founding Fathers Allow This?

This past weekend, we celebrated the creation of our nation. From the ashes of an oppressive dictatorship consumed with controlling every aspect of our ancestor’s lives, arose a nation dedicated to the idea that people should be free from government intrusion. Just review the Declaration of Independence. The 26 grievances listed by Thomas Jefferson can be summed up in one, general statement: we’re tired of being treated like little kids who need to have our every move and thought monitored.

So, how do  you suppose Jefferson, Franklin and the Adams cousins would view this story? I suspect they would find the entire idea of the executive branch of the government convening a secret court to be ludicrous (after all, that was a specific complaint in the Declaration). I imagine they would then suppose that secret court demanding a publication reveal who it’s readers are, was some flight of fancy. How could such a thing exist in the country they swore their scared honor, treasure and lives to create?

Of course, the government insists such a thing is perfectly reasonable. After all, if not for the secret court, who will issue warrants against the terrorists? And the readers they’re after, of course they’re terrorists. No, not the radicalized Islamist kind of terrorist, but that other kind; the kind the government (and liberal intelligentsia) fears more: the red-blooded American! The one who might wonder what on earth the government is up to and why it’s doing what it does. The person who would have the temerity to demand the government be held accountable for its actions. Yes, that person is now declared a terrorist.

We’ve come full-circle. Perhaps, rather than simply wearing red, white and blue tee-shirts and marveling at fireworks, we should rededicate ourselves to this phrase:

“But when a long train of abuses and usurpations, pursuing invariably the same Object evinces a design to reduce them under absolute Despotism, it is their right, it is their duty, to throw off such Government, and to provide new Guards for their future security.”