John Roberts is not a Villian 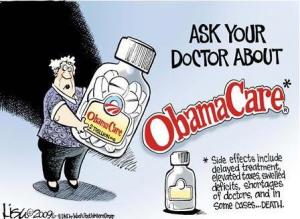 I’ve read today – far too often today – that Chief Justice of the United States Supreme Court John Roberts is a cross between Judas Iscariot, Pontius Pilate and Benedict Arnold. Or maybe something worse. Although I doubt Chief Justice Roberts needs me to come to his defense (or that he even cares, to be honest), I’m going to give it a shot. Let’s look into what the Supreme Court ruling on the PPACA actually means before passing judgement, shall we?

The Supreme Court ruled that the government cannot compel anyone to buy anything. Ever.

Big? You bet this is huge. We’ve heard for two years from academicians and progressives that under the Commerce Clause, Congress has the ability to force us to buy stuff. Their theory was that because everyone needs health care at some point, we all engage in commerce related to the health industry and the very act of not purchasing health insurance was an action. Well, not so fast.

“The individual mandate, however, does not regulate existing commercial activity. It instead compels  individuals to become active in commerce by purchasing a product, on the ground that their failure to do so affects interstate commerce. Construing the Commerce Clause to permit Congress to regulate individuals precisely because they are doing nothing would open a new and potentially vast domain to congressional authority…The Framers gave Congress the power to regulate commerce, not to compel it, and for over 200 years both our decisions and Congress’s actions have reflected this understanding. There is no reason to depart from that understanding now.”

So, the Obama administration’s argument (echoed by the same academicians above) got the royal smack-down. Chief Justice Roberts may as well have wrote, “What are you, a bunch of moe-rons?”. The result is the same. Rarely does a published opinion go this far (nearly 16 pages) to explain why an argument is so plainly stupid.

The Supreme Court ruled that ObamaCare is the biggest tax hike in US history.

Yes, they ruled the PPACA can move forward, but that the government can no longer try and hide behind the facade of an individual mandate. No, they ruled: ObamaCare is actually a tax increase. Or more precisely, a combination of 21 different tax increases that total $1.2 trillion in new revenue annually. How big is that?  It amounts to new taxes that consume 8% of the nation’s economic output. With only a little over 4 months until the election, I’m not sure how either the President or his minions in Congress feel about running for election on a platform of delivering the biggest tax increase in history. I doubt they’re relishing the chance to find out. Already the cries are being raised about the impending sequestration, with it’s 1.5% tax increase and strong possibility of pulling the economy back into recession. ObamaCare represents a tax increase more than 5 times that impact. By ruling as they did, the Court hand-delivered a gift-wrapped campaign theme for the Republicans this Fall. “If you thought the economy was bad before, just wait until ObamaCare sinks it forever.”

States cannot be forced to participate in ObamaCare.

A big part of how ObamaCare delivers affordable insurance to the masses is through a massive expansion in Medicaid, by enrolling anyone at 133% of the federal poverty line or below in the program. A big part of how the administration covers up the cost of that expansion is by removing federal subsidies for it by 2017, but still compelling the states to pick up the tab. As of right now, 13 states are balking at the idea of pushing their budgets into the red to make good on this mandate. The Supremes issued another smack-down on this, ruling that unfunded mandates are unconstitutional, even if the mandate is to an existing program.

“It is enough for today that wherever that line may be, this statute is surely beyond it. Congress may not simply “conscript state [agencies] into the national bureaucratic army,” and that is what it is attempting to do with the Medicaid expansion.”

Either the administration can relent and pick up the entire tab for the Medicaid expansion, or live with fact that the original goal of covering more than 95% of Americans in some form of health plan is by the boards.

So, is this really a win for Team Obama? Only in Pyrrhic sense. Yes, the PPACA stands for now – but not all of it. The Medicaid smack-down means that a very large part of the administration’s base of support won’t see any benefit from the law. As for the rest of it, Team Obama is now left to campaign on the largest tax hike in history, in the middle of the worst economy in 80 years. It is also already galvanizing support for the Republican challenger as nothing else could have – especially given Mr. Romney’s own dubious record on health reform.

The President may be heading to bed this evening with a smile on his face. But I bet the one on the Chief Justice’s face come November 6th will be a bit bigger.