Liberals Are Right About the Minimum Wage 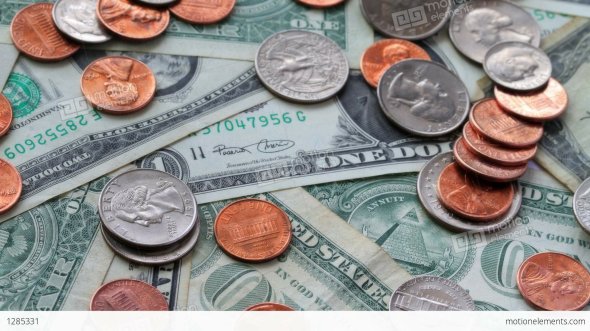 I often hear liberals saying, “a minimum wage should give the same earning power as when it was first introduced.”

Well, in the spirit of bipartisanship, I’m happy to announce I fully agree with this position. When the federal government instituted a national minimum wage in 1938, it was set at 25¢ an hour. Adjusted for inflation (after all, only an idiot thinks a quarter goes as far now as it did 80 years ago), that would be $4.28 an hour today.

And I’d like to thank my liberal friends for pointing out the inequity in our current minimum wage structure vis a vis as it was originally intended.

On Monday, MIchael D. Tanner and Charles Hughes of the Cato Institute published their white paper, The Work vs. Welfare Trade-Off: 2013. Even if you haven’t read the full 52 page report, odds are you have at least heard of it. In the last 48 hours, it’s been reported on by FOX News, Twitter has exploded with mentions of the report and the authors’ conclusions. It keeps popping up on Facebook.

Then again, you may not have heard about Cato’s latest. Despite the hew and cry the report has generated amongst the small government crowd, left wing outlets and publications have hardly made mention of it. Searches of Huffington Post, Salon, The New Republic, and The Nation will not yield any mentions of the authors or their paper. Nor has MSNBC deigned to give any coverage, although a search of their website does produce a a short, paragraph spot from WISE in Indiana. Even the “mainstream” networks (ABC, CBS, NBC, CNN) haven’t seen fit to give this story even a 1 second mention (although CNN does see fit to list articles about Dr. Phil and Jerry Springer among their “top stories”).

As the cliche notes, the silence from the liberals is deafening.  It’s to be expected, I suppose. For over 90 years, the linchpin in liberal ideology is that government assistance is a requirement for good governance. It gave rise to the New Deal programs of the 1930’s and the Great Society / War on Poverty in the 1960’s. Ask a liberal why, despite these massive government assistance programs, poverty rates remain basically unchanged over the past 60 years and you will hear dozens of excuses. From latent racism to corporate greed, liberals have a smorgasbord of time-worn choices to use. Admitting that the welfare programs they cherish have a problem isn’t in that toxic stew. When faced with as well researched a report as the one produced by Tanner & Hughes, with irrefutable facts that demonstrate the sheer lunacy of the American welfare system, all a liberal can do is cover their ears and stomp around in denial.

The authors conclude that despite the much ballyhooed 1996 Welfare Reform Act, the typical welfare recipient receives more benefits for a longer time with less chance of actually working in 2013. The one achievement that Bill Clinton can point to in defending himself as as a moderate has turned out to be an even bigger failure than his handling of a nascent terror group calling itself Al-Qaeda.

I don’t disagree with the authors regarding their conclusion. If welfare is meant to be a bridge towards making the poor self-sufficient, the the government has completely failed. The authors report:

The current welfare system provides such a high level of benefits that it acts as a disincentive for work. Welfare currently pays more than a minimum-wage job in 35 states, even after accounting for the Earned Income Tax Credit, and in 13 states it pays more than $15 per hour.

This is where I have a small problem with Cato’s paper. While I agree that the system is a mess, I believe it is even more of a mess than Cato presents. Why? Two reasons. First, Cato used a 40 hour work week to determine the “equivalent wage” for a welfare recipient. This might have been acceptable when doing this report 17 years ago. However, the average hours worked per week has been steadily falling for the past 14 months (thanks, Obamacare!) and currently stands at 34.4 hours. Odds are since someone transitioning from welfare to work would be in an entry level position and said positions have seen even more drastic cuts to the workweek, the equivalent wage should be based on the 25.9 hours worked per week by chambermaids or the 31.4 hours worked by retail clerks. I’m fairly comfortable using 34.4 hours, since it closely replicates the original reports intent.

Second, the authors failed to account for the individual states minimum wage laws when computing their statistics. They deliver two pretty powerful snapshots:

Yet, when accounting for the two factors I entered, I came up with even more grim results:

And I would add a third bullet point:

In fact, if the goal is to make welfare an unattractive option for the poor and we want to move them into working, it can be argued that the equivalent wage should be at least $1 less than the state minimum wage. Using that criteria, only one state – Idaho – is succeeding.

Yes, my friends. Bill Clinton promised to “end welfare as we know it.” He was right. Welfare has become a highly paid career choice.

Below is a chart showing the difference between the equivalent wage and the state minimum for all 50 states, plus the District of Columbia. Where does your state rank?