What Everyone’s Missing About Apple vs. the FBI 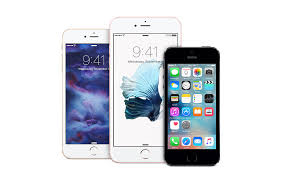 Well, actually everyone is missing a few things regarding the fight between Apple and the FBI.

First, in case you’re living under a rock, to recap what the fight is over. One of the San Bernardino shooters had an iPhone that was issued to him through his job, a county agency. The FBI would like to look at the data on the phone, as it might contain information valuable to tracing the terrorists movements, finances and communications prior to the attack. This is not an unreasonable thought. It seems as if the FBI crossed all their legal T’s and dotted their Constitutional I’s, even getting a warrant for the search. Unfortunately, the FBI is incapable of getting past the security measures Apple has built into the iPhone’s operating system. So they went back to court and obtained an order that compels Apple to bypass the phone’s security. Apple is refusing, citing privacy concerns.

That’s the 10,000 foot view of the issue. And were it that easy, I don’t think Apple would put up this much a fuss about it. The problem comes about once you drop down and look at the issue up close. And the reason everyone is freaking out, I think, is they don’t understand the technology or how it works. They only know that it works – which, of course, is what makes Apple’s iOS so successful.

That’s the first thing that everyone is missing: nobody actually understands what it is they’re complaining about. For a guy who’s worked in software development and mobile tech, it would be comical if the stakes weren’t so high. Everyone just assumes that Apple can magically give the FBI the phone’s unlock code. It isn’t that easy. The iPhone’s encryption is integral to iOS – the only way to get past the unlock code is to break the encryption within iOS. To comply with the FBI’s request, Apple would have to write a software program that would alter the way iOS functions. In essence, they would have to destroy their own product.

That’s the second thing that everyone is missing: the government’s order would require Apple to blow up their business model. One of the reasons, perhaps the biggest reason, Apple has been so successful is they’ve stuck to a simple proposition for over 20 years. That proposition is that their software and hardware live as an integrated unit. Form and function, together as one. To make that happen, Apple’s products have always worked with proprietary, closed operating systems. The underlying code is not available to the general public. The FBI is asking Apple to do the exact opposite of what they’ve always done. To write code that opens iOS to the public domain; in essence, to allow anyone with minimal code writing ability to alter the way iOS (and thus, the iPhone itself) works. Is that reasonable? Can the government actually require a private firm to fundamentally change the way they do business, create products and market them?

The next thing everyone seems to be missing is that the government has massive signals intelligence infrastructure. It includes the NSA, CIA, DIA, as well as the FBI and 12 other agencies you might not have heard of. A major part of signals intelligence is code-breaking. By demanding Apple break their encryption, the United States Intelligence Community is announcing to the world they are incapable of cracking the code themselves.

The Director of National Intelligence’s counterparts in Beijing, Tehran and Moscow must be laughing themselves silly at the admission.

Now, this might sound ludicrous, but it seems to me that a government that spends $4 trillion every year can come up with $600 to buy an iPhone and have one of their ace code-breakers get past the iOS encryption. If they can’t, then we need to seriously ask why people aren’t being fired.

Finally, the last thing everyone seems to be missing is what having the iOS code broken and in the public domain would mean for privacy and security in the digital age. This isn’t like asking for the key to a locked room. The reality is that most of us have our entire lives on our phones. Everything from sensitive financial data to our Facebook profiles live in the bits and bytes of data stored on them. The government is asking Apple to provide a tool that would allow everyone access to everything stored there. Additionally, if your one of the millions of users who’ve stored things in the cloud, that data would also be available to anyone with a $10 NFC reader and 30 seconds to get close enough to pull it from your phone. The concept of privacy would be moot.

It’s a lot to digest. But what many in the media and government want to portray as relatively simple is anything but.