In case you were not aware, Tuesday is Election Day. These are midterm elections, which while the mass media may ignore, are actually about local politics. So, these endorsements are (unsurprisingly) for our locale, which is Pennsylvania’s 1st Congressional District, and State District 140. If you’re tuning in from elsewhere, geographically it is described as Lower Bucks County, an area roughly 20 – 30 miles north of Philadelphia along the Delaware River.

For US House of Representatives:

I am 100% behind the candidacy of current Rep. Brian Fitzpatrick and have been all along. Even if I disagreed with his major policy positions (which I do not), he still would have my vote and endorsement based strictly on constituent services. When I first moved to this district, a little under two years ago, I received my medical care via the VA system in New Jersey. For nearly a year, I tried to get my care transferred to the Philadelphia system, without success. But within a week after calling Congressman Fitzpatrick’s office, not only was my care transferred but I was actually seeing my new doctors. I do not know who he called, what strings he pulled or how he cut through that much red tap that quickly, but he did.

On policy, Brian is not quite a doctrinaire conservative, but he does support less regulation, lower taxes, strong border enforcement, and military readiness. A veteran himself, he is also a former FBI interrogator who returned to Iraq to question members of Al-Queda and ISIS, despite threats against both himself and his family. My only quibble with his record is his support of public sector unions, but I guess we can’t all be perfect.

His opponent is Scott Wallace, scion of the Communist Party USA’s First Family. In keeping with his family tradition, he supports cop killers like Mumia Abu-Jamal, personally funded the lawyers for a bunch of terrorists imprisoned at Guantanamo Bay, bankrolls an organization out of South Africa (where he lived for over 20 years) dedicated to the elimination of nation states and fully supports repealing the 2nd Amendment, along with confiscation of private weapons. That he even has the backing of the local Democrats is evidence of how far off the rails one of our traditional parties has gone.

This one wasn’t even close.

I guess proving my non-partisan bona fides, I am supporting Gov. Tom Wolf for a second term as Pennsylvania’s governor. It isn’t so much as that I support his preferred policy prescriptions. After all, like most Democrats, he firmly believes in Big Government. However, he also proved to be a pragmatist during his first term, actually working with the Republican State House to get effective solutions passed, keep the state from crippling debt and while taxes have indeed gone up, the rate has been less than inflation.

His principal opponent is Republican Scott Wagner. Wagner, despite a half-decade as a state legislator, seems to be clueless as to how government functions. Further, while he campaigns in sound bites, he demonstrably lacks any grasp of the actual issues he’s made central to his campaign. For example, he has pledged to eliminate tying school taxes, at either the local or state level, to property taxes. It sounds great, but he has not offered an alternative education funding plan. In 2018, the state’s share of education spending was slightly more than $6 billion. Local contributions statewide were more than double that. While forcing the PSEA to reevaluate their pension plan is a good idea, I doubt you can find more than $18 billion a year from pension savings.

I am not endorsing either major candidate, incumbent Democrat Bob Casey or Republican Lou Barletta, for this office. I expect that a US Senator will take the office seriously, as individual Senators have the ability to wield tremendous influence over the federal government. Neither man seems to grasp the gravity of the office they seek – they are both the type of unserious person seeking an official capacity I wrote about a few weeks ago.

I met Senator Casey a few months ago at a veteran’s event. He came across as one of those men whose charm is only exceeded by his vacuity. He is badly miscast as a US Senator. It is possible he had an original thought once, but I wouldn’t count on it. His voting record supports this view: whatever position his party’s Senate leader supported is the way he has voted 99% of the time.

Mr. Barletta is currently serving as the 11th District Representative in Congress. He has done nothing to distinguish himself in that position. If this were the man who seemed principled 5 years ago, when he led a minor revolt against the budget proposal over the riders attached, I probably would have endorsed him. But he was chastised and punished by the House leadership over that stance, and he seems to have learned his lesson. Since then, Barletta’s is one vote the GOP whip has never had to worry about.

This year, although he has about as much chance of winning as I do, I am endorsing the Libertarian candidate, Dale Kerns. His platform is pretty much what you would expect from a Libertarian, with the exception of his stance on abortion, which would probably be better described as a Federalist position. If you haven’t had a chance to review his platform yet, I urge you to do so and then pull the lever for him. 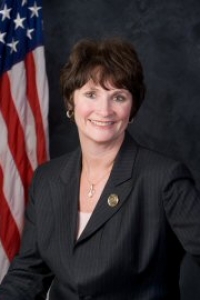 I endorse Republican Marguerite Quinn for the office of State Senator from District 10.

In this race, both candidates have a substantial record to evaluate. Mrs. Quinn is in her 6th term representing District 143 in the State House. Her opponent, Democrat Steve Santarsiero, served 4 terms representing District 31 prior to losing his re-election bid in 2016. Comparing their records, what you find is that Mrs. Quinn, despite also running a successful real estate brokerage, has managed to write over 3,000 bills during her tenure. She has focused on reining in government interference in how parents raise their children, welfare reform (including attempting to exclude illegal aliens from eligibility) and smart environmental reforms (for instance, requiring advance notice of proposed LNG pipeline work to neighborhoods). It is an impressive record of achievement, and while not quite as conservative on some policy matters as I might like, she hews close enough (a 90% rating from the NFIB and 74% from the ACU) that I feel comfortable voting for her.

Mr. Santarsiero, during his 8 years in office, wrote about 400 bills, of which only 2  passed. They were both resolutions honoring recently deceased former judges in his district. That hardly qualifies as an effective legislator, and I cannot see how anyone should be rewarded for that level of incompetence. Also, his policy prescriptions often read like something from the Bernie Sanders’ wing of his party. The ACU has given him a score of less than 10%, rating him as “far left.” Conversely, the Democrat Socialists gave him their endorsement.

Again, one of those races that wasn’t hard to decide.

Democrat John Galloway is running unopposed for this office. I should have thrown my hat into the ring. 😉