Social Conservatism and Libertarianism can co-exist

This morning’s post about being a Libertarian raised questions among the readership (thanks for the feedback, by the way) and I thought one in particular needed addressing. It came from a Twitter follower who wanted to know how I, an unabashed Christian and social conservative, can also be an unabashed Libertarian. On first blush, I understand how there is a seeming dichotomy in the two philosophies. The confusion, I think, stems from not understanding how classical liberalism and classic Protestantism influence Libertarian thinking. 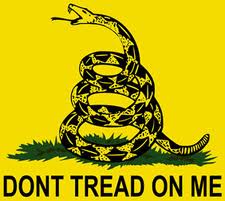 As defined today, liberalism invokes the idea that government is the only organization capable of providing social cohesion. Religion, family and community each play a role, but in the end it is the government that must be the glue that keeps society from coming apart. This view – call it modern liberalism – is currently the predominant one in western society. The “enlightened oligarchy” of this model actually isn’t far removed from the “enlightened monarchy” that dominated that dominated European governments in the latter half of the 18th century. It also hews closely to various themes that come to bear in the mid-20th century, in which government control over most or all aspects of social order were encouraged: Socialism, fascism and communism.

However, classical liberalism as practiced in the upper-echelon salons of Western Europe and mainstream American life in the same period held that each institution worked in combination to create a stable society. In this model, government is just another player along with religion, family and community in creating a just and stable society. Classical liberalism, as opposed to modern liberalism (or perhaps, “progressivism” is a more apt term), holds that individual rights outweigh those of the society – provided the individual is a just and moral being. If not, then each of the various factions that comprise a society; the churches, the schools, the community organizations, the family and friends and yes, the government, has a role to play in returning the individual to that place of moral rectitude.

“The foundation of our national policy will be laid in the pure and immutable principles of private morality; the propitious smiles of Heaven can never be expected on a nation that disregards the eternal rules of order and right which Heaven itself has ordained… While just government protects all in their religious rights, true religion affords government its surest support.” –George Washington, First Inaugural Address, April 20, 1789

Although the nation’s creation included the indispensability of a moral citizenry, the founders further outlined the necessity for religion and governance playing separate yet equal roles in public life by purposely cleaving the two. Government would have no role in determining religious affairs and (other than informing the moral character of the citizenry) religion would have no say in the body politic. They codified the principle in the First Amendment to the Constitution, which forbids the government from establishing a national religion or interfering in any religious activity. Moral character may be important, but it is not so important that the government should decide that which is moral. Rather, the government should be informed of that which is moral by the decisions of plebiscite, which in turn should be informed by the communities’ religious institutions.

This reliance on indirect morality in government is how I can be both a Libertarian and socially conservative. It is not the government’s job to dictate morality; that is best left to me, my personal relationship with Jesus Christ and my spiritual mentorship from my church. The moral and religious beliefs I hold will, by nature, play a part in how I vote and participate in the political theater. But the place to make the arguments for those positions is not in the political arena, but the spiritual: in the pews and pulpits, not the halls of Congress.

To put it more plainly: it is not the role of religion to decide the affairs of government and it is not the role of government to decide the affairs of religion. This principle has been a cornerstone of the American Republic since the founding. As JFK said, “I believe in an America where the separation of church and state is absolute.” That many of my fellow social conservatives see fit to now overthrow this essential precept of American republicanism speaks more to their insecurity and unwillingness to engage the populace in true debate over morality – rather, they would impose it by means of government impression. That is antithetical to the teachings they claim to uphold. Christ wants a conversion of souls, not an enslaved people. In the same way, we should look to create a nation of free minds, not coerced opinions.

Libertarianism and social conservatism are more than compatible. Since both teach that the best way to a society that can absorb the worst while coming through with our individual best, they are mutually supportive.

This entry was posted on June 25, 2012 by Ray Rothfeldt. It was filed under Civics 101, Faith & Religion, History, Politics and was tagged with Faith in Government, human-rights, Libertarians, Politics, religion, Religion in Government, Social Conservatives, society.