To DACA or not to DACA? 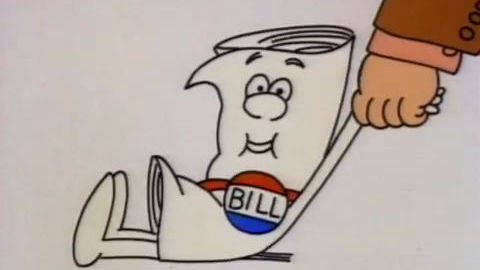 Since everyone else is weighing in on the issue of DACA, I figure I might as well, too.

First, although I am opposed to illegal immigration in general, I think this particular class (children raised in the US, although not born here or granted legal immigration status) merits special consideration. For the most part, these are people who didn’t choose to come to the United States. That decision was made for them while they were minors. When we’re talking about DACA, we’re talking about people who have been raised here and are American in every sense of the word – except legally. Moreover, there are at least 800,000 of them. There could be as many as 1.7 million.

Some have become high achievers in their chosen fields, some have served in the military with distinction, others are just ordinary folk, trying to find their way in this world. Yes, some are bad apples – as you can find in every demographic group. But it is a small minority, and they can be dealt with as any nation deals with crappy immigrants.

All that being said, I applaud President Trump’s decision to terminate the existing DACA program, and for one reason: our Constitution says immigration decisions are the responsibility of Congress, not the Executive. Before President Obama created the DACA program, he acknowledged (often) that any such executive action was unconstitutional. When he issued that executive order in June 2012, it was not his intention to make it a permanent fixture. The EO included a sunset period, since renewed twice. Obama had dual intentions; first, he wanted to try to force Congress to tackle immigration reform. Secondly (and cravenly), was his intent to shore up his support in the Latino community prior to the 2012 election. He failed on the first count, but succeeded on the second.

President Trump is, in large measure, copying the Obama administration’s playbook. By announcing that he is ending the program, but delaying enforcement for six months, he is attempting to force Congress to act and giving them a window of opportunity. At the same time, he is trying to reinforce his standing among his base by at least appearing tough on immigration.

So, are Trump’s chances of getting Congress to act any better than Obama’s were? First, there is the House leadership, which so far has demonstrated that it is extremely consistent in running from their own shadows. If they can be forced to address the issue, the chances of something happening are pretty good.

In fact, something could conceivably pass this week. Rep. Mike Coffman (R-CO) has had HR 496 pending for nearly 8 months, and it specifically addresses the DACA situation. Had the leadership scheduled it for a vote in the Spring or Summer, this issue would already be behind us. But, again, leadership is afraid of doing anything that might possibly bring about a challenge from the right, even if they personally support it. (Where I come from, we call that cowardice – but whatever). However, Coffman has about had it with the cowards in his party and is filing a discharge petition to force a floor vote. He might just get it, too. As of this writing, he was only 3 votes shy of forcing Speaker Paul Ryan’s hand.

That would be half of the equation, because as we all learned on Schoolhouse Rock, a bill has to pass both houses of Congress before it can be sent to the President’s desk. There is a companion bill pending in the Senate, S128. Unfortunately, the Senate leadership is as afraid of their shadows as their House counterparts (see: Obamacare repeal). So how could the bill make it’s way to the floor if Mitch McConnell decides to go into a corner and cower? Believe it or not, this is where the filibuster can be useful. Any senator who supports passage can tie the Senate in knots until S128 is voted on. This is the perfect time to engage in such tactics, too. In case you’ve missed it, virtually every fiscal matter facing the country needs to be addressed over the next 3 1/2 weeks. Even losing a day to a filibuster would seriously crimp on Mitch’s ability to get out and fundraise.

So yes, there is a better than 50/50 chance something finally gets done. In fact, if Congress wanted put the President on the spot, they could pass the BRIDGE Act, as is, ignoring the White House’s request to include border wall funding. But again, I doubt that happens. Congressional leadership is too cowardly to even consider it..

This entry was posted on September 5, 2017 by Ray Rothfeldt. It was filed under Politics and was tagged with Barack Obama, DACA, Donald Trump, Dreamers, HR496, Immigration, Mike Coffman, S128.